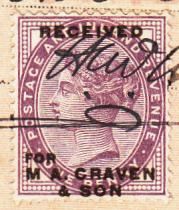 M. A. Craven & Son was a confectionery manufacturer established in York in 1803 by Mary Ann Craven. 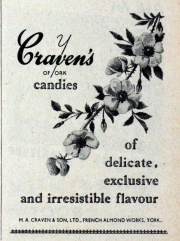 Advertisement 1949
The company traded until at least 1966.

Between 1976 and 1981, the Ebor Confectionery Works were demolished. As the factory was being torn down, the remains of a Viking house was discovered, its wooden fabric astonishingly well-preserved in the wet soil. Excavations on the site provided a wealth of artefacts and knowledge about the Viking age, demonstrated in York's famous Jorvik Viking Centre. The Coppergate Shopping Centre now occupies the enlarged site. 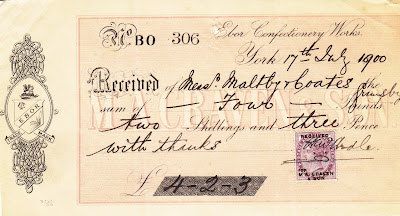