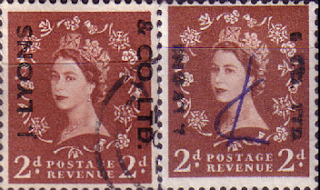 J. Lyons & Co. was originally founded in 1887 as a spin-off from the Salmon & Gluckstein tobacco company. Joseph Nathaniel Lyons (born 1847) was appointed to run the company, and it was named after him.

The company was a substantial food manufacturer, with factories at Cadby Hall in Hammersmith and in Greenford that produced bread, cakes, pies, tea, coffee, and ice cream.

To the public, J. Lyons & Co. were best known for their chain of tea shops, which began in 1894 and finally closed in 1981, and for the Lyons Corner Houses in the West End of London. The tea shops were slightly more up-market than their ABC (Aerated Bread Company) counterparts. They were notable for their interior design, from the 1920s Oliver P. Bernard being consultant artistic director. 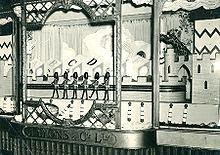 Until the 1940s the tea shops had a certain working-class chic, but by the 1950s and 60s they were quick stops for busy shoppers where one could get a cup of tea and a snack or a cheap and filling meal. The tea shops always had a bakery counter at the front, and their signs, art nouveau gold lettering on white, were a familiar landmark. Before the Second World War, service was to the table by uniformed waitresses, known as 'Nippies', but after the War the tea shops converted to cafeteria service.

The Corner Houses, which first appeared in 1909 and remained until 1977, were noted for their art deco style. Situated on or near the corners of Coventry Street, the Strand and Tottenham Court Road, they and the Maison Lyonses at Marble Arch and in Shaftesbury Avenue were large buildings on four or five floors, the ground floor of which was a food hall with counters for delicatessen, sweets and chocolates, cakes, fruit, flowers, and more. In addition to this, they had hairdressing salons, telephone booths, theatre booking agencies, and at one period a twice-a-day food delivery service. On the other floors were several restaurants, each with a different theme and all with their own musicians. For a time, the Corner Houses were open 24 hours a day, and in their heyday each one employed in the region of 400 staff. They were colourful and bustling, with bright lights and ingenious window displays designed by Kay Lipton (née Man). In the post-war gloom, the Corner Houses, smarter and grander than the local tea shops, provided a degree of escapist relaxation.

Between 1896 and 1965, Lyons also owned the Trocadero, which was similar in size and style to the Corner Houses.

In 1938, Lyons purchased the Bee Bee Biscuit Company, which manufactured biscuits from its factories in Blackpool. Six years later, Lyons changed the company's name to Symbol Biscuits Ltd. and began selling biscuits under the Symbol and Lyons brand names: one of their innovations was Maryland Cookies in 1956. The company was losing money in the 1960s, but remained under the control of the Salmon family, descended from a founding partner. In 1990, Lyons changed the Symbol Biscuits name to Lyons Biscuits Ltd.

In 1978, Lyons was acquired by Allied Breweries and became part of the resulting Allied Lyons. It fell on hard economic times in the late 1980s; and was sold, eventually being broken up with its ice cream and ice lolly products, which were branded as Lyons Maid, being sold to Nestlé. Other parts that were sold off included Lyons Cakes being sold to RHM and ending up as part of their Manor Bakeries subsidiary, which also makes Mr. Kipling's Cakes and Ready Brek cereal. This holding eventually ending up being owned by Weetabix Limited. At the end of 1994, Lyons sold its Lyons Biscuits Ltd. to Hillsdown Holdings, which later sold it to a U.S. investment firm, which subsequently sold it to large biscuit manufacturer Burton's Foods Ltd.