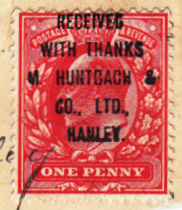 In 1876, Michael Huntbach opened a small drapery shop in Lamb Street in Hanley, Staffordshire. He was helped in the running of the store by his wife and his two sisters. As the business prospered, Huntbach extended the shop by acquiring the neighbouring premises on both sides of Lamb Street, creating a large wholesale and retail drapery store. The business was Hanley's first superstore and occupied more than 20,000 square feet of space and employed 300 permanent staff. 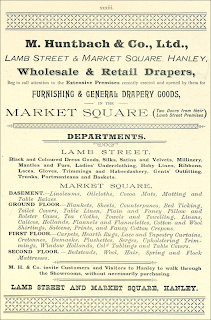 Advertisement 1895
Huntbach was also a politician. In 1890 he became mayor of Hanley. His most notable achievement while in office was that he created the first public park in Hanley. Going to the park on a Sunday became the highlight of the week for Hanley residents. It was a formal occasion and it seems that you were not allowed to enjoy yourself. Sweets and cigarettes were banned from sale and the children's playgrounds were locked. Michael Huntbach died in 1910, although his company continued until at least the 1920s. 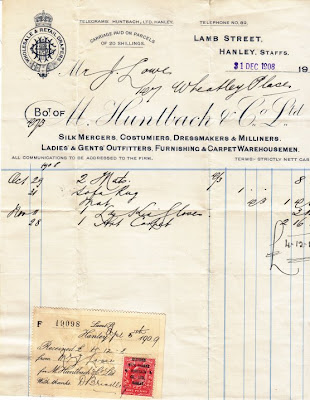 by Mark Matlach
Posted by Michael Behm at 7:39 AM