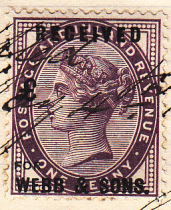 The origins of Webb & Sons can be traced to the middle of the 19th century, when Edward Webb was a successful agricultural seeds merchant trading from Wordsley near Stourbridge in the West Midlands. By the end of the century, Webbs seeds had become a household name and Webb & Sons were appointed seeds-men to every monarch in succession from Queen Victoria to Queen Elizabeth II.

Webb & Sons took over the Saltney bone manure works of Proctor & Ryland c1894. Webbs expanded the plant to such an extent that by 1910 it was Saltney's second largest business. At the beginning of the 20th century, Edward's grandson William, took control of the company and purchased Astwood Farm in Wychbold, Worcestershire in 1925. There, both agricultural and horticultural seeds were trialled to assess their quality. 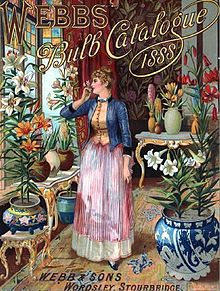 Webb & Sons Bulb Catologue Cover 1888
During the Second World War, Webb & Sons was a primary supplier of grass seeds and fertiliser for airfields. The seeds used for this purpose were chosen to withstand heavy aircraft traffic. Webbs also assisted in the camouflage of landing strips.

During the late 1960s and early 1970s, the English seed trade was transformed by a series of mergers. Webb & Sons joined with Bees and moved to Chester, leaving the Wychbold site occupied by a fledgling garden center. In 1971, current owner (Richard Webb, who is the great grandson of Edward Webb) purchased the site and began the development of Webbs as both a garden center and nursery.

by Mark Matlach
Posted by Michael Behm at 5:24 AM