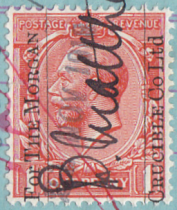 The Morgan Crucible Co. Plc. is currently one of the world leaders in advanced materials technology, specializing in the design, manufacture, and marketing of ceramic and carbon products. These are used in a wide range of applications from transport and telecommunications to fire protection and medical instruments.

The company was established in 1855 when William Vaughan Morgan purchased a hardware and druggist business in London and began trading under the name of Morgan & Rees. William was soon joined by his brothers Thomas, Walter, Octavius, Septimus, and Edward. Crucibles (which are pot-shaped containers in which metal or glass can be melted) were among the items that the brothers sold. The initial success of the company prompted the Morgans to buy manufacturing rights to the superior American crucible manufactured by Joseph Dixon & Co. In 1857, a small factory in Battersea, south-west London, was purchased and the company adopted the name Patent Plumbago Crucible Co. By the 1880s it was renamed Morgan Crucible Co. and enjoyed a reputation for being the world's largest crucible manufacturer. The company became limited in 1890. 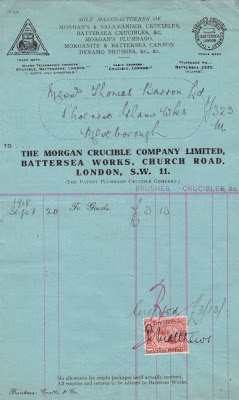 At the turn of the 20th century, Morgan Crucible Co. Ltd. ventured into the manufacture of carbon brushes. Cities throughout the world were soon using the brushes for their railway and tram systems. In the following years the business continued to grow and venture into new areas, eventually becoming the massive industrial giant it is today.

by Mark Matlach
Posted by Michael Behm at 5:28 AM