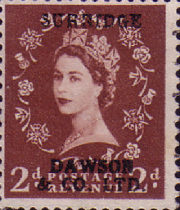 In 1963, the London wholesale newsagency trade of Surridge Dawson was combined with the London wholesale trade of George Vickers Ltd. of Brixton in a new company, Surridge Vickers Ltd. The operation of this company was not financially successful and arrangements were made for W. H. Smith and John Menzies to supply its customers, no consideration being given. Surridge Dawson then ceased wholesale trading in reference goods in London.

Also in 1963, the business of Abel Heywood & Son Ltd., a Manchester wholesaler of reference goods, was acquired with the assistance of ICFC--who now retain a 15 per cent interest in Surridge Dawson Ltd., the present wholesale news agency operating company.

The policy of the group is to continue expansion into the wholesale and retail trade within the limited resources available.