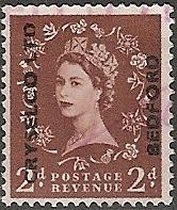 Cryselco Limited was established in 1895 to manufacture the then new concept of electric lamps (15 years after Thomas Edison had invented the light bulb) at premises in Kempston, Bedford. The main shareholders were the Deacon family.

The name is pronounced "Chris Elko" as it is taken from the original trading style of the CRYStal ELectric COmpany.

During the 1930s the Company had prospered so well that it was regarded as a monopoly by the Government and was split up and sold to two smaller rivals: Philips and General Electric Company (G.E.C.) 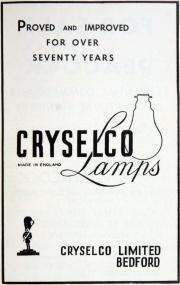 Lamp manufacturing continued at the Bedfordshire site until the late 1950s when production was transferred to other UK plants by the parent companies. Light fittings had been produced by Cryselco since the early 1950's and this became the main output of the Company up until 1988 when the 40 acre site that the Company occupied was sold for housing.

The factory re-sited about a mile away to its current site (shown in the photographs here - the office features Cryselco's own FLY range lights) and continued to manufacture light fittings. In 1992 the Company was sold to a London financier who was building up a large lighting group.

Several Companies of this new group got into financial difficulties in 1993 and this lead to the collapse of the whole group. The Cryselco element had been trading profitably during this time and numerous offers were made to purchase Cryselco Lighting.

The assets of the Company were purchased by the landlords in December 1993 and the 17,000 square foot (1,600 square meter) property was subsequently transferred to the Company as an asset.

Cryselco continues to trade profitably and supplies the electrical wholesale trade with commercial light fittings. The light fittings produced by the Company have been specified by many well known Companies, including major Banks, many large high street retailers and Public bodies such as the Benefits Agency, Inland Revenue, and many schools and hospitals.