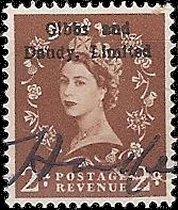 The company can trace its roots back to a time when Luton was a country town without a railway. The founders of the firm were not called either Gibbs or Dandy, but in fact were Frederick Brown and Joseph Green, who sold their ironmongery business in George Street to George Frederick Gibbs.

The first Dandys came on the scene in 1894 when the business was purchased by William and Percy Dandy. Mr Gibbs retired, but the Dandy brothers (who originally hailed from Peterborough) maintained the local connection by naming the newly-acquired business Gibbs and Dandy.

The brothers continued trading as a partnership until 1920 when a private limited company was formed. The company prospered, new premises were acquired in Luton and Dunstable and in July 1953 Gibbs and Dandy was floated on the Birmingham Stock Exchange.

In 1968 the company acquired Frederic Gale Ltd, a Bedford-based public company in the same line of business. Land was later acquired in Barker’s Lane, Bedford, to which this and other associated businesses were relocated in 1975. A new branch was opened in Northampton in 1985, specializing in decorating and electrical supplies.

Meanwhile Gibbs and Dandy had continued grow in Luton, with the result that it now had three sites in different parts of the town. This was clearly inefficient, and in 1987 these operations were consolidated onto a single 7-acre site in Dallow Road, which also became Head Office. It was a brave move that paid off and 3 years later the company was back on the acquisition trail, buying two branches in St Neots and St Ives (Cambs) from David Smith (St Ives) Ltd.

In 1996 the company’s foothold in Northampton was strengthened when it moved to larger premises in Heathfield Way, adopting a one-stop product profile which now included plumbing, heating, sanitary ware and heavy side.

In the following year came another acquisition, this time to the south of the company’s existing trading area, when it bought the two branches of Miller, Morris and Brooker Ltd in Slough and  Maidenhead. To further establish its presence in the Thames Valley, Gibbs and Dandy acquired Elliott & Co (Henley) Ltd. in January 2002. 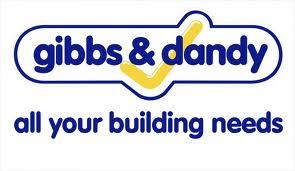 The company then strengthened its position in Northamptonshire by acquiring Brackley Timber & Joinery in December 2004 and Timber Force UK, Kettering in August 2005. It moved into Leicestershire when it acquired Carson Fletcher Timber in Market Harborough in 2007 and added a further branch in the county when it took control of EP Builders’ Merchants, South Wigston in 2009.


by Paul Green
Posted by Michael Behm at 1:57 PM