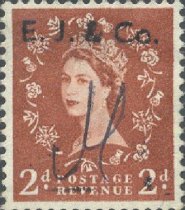 It was a humble beginning for Edwin Jones, a name that many Southampton people will still recall, who went on to become one of the south's most influential businessmen of his time.

Edwin Jones came from Romsey and opened a small single fronted shop in Southampton's East Street with his sister and a 12-year-old apprentice.

The date was 1860 and from the start Edwin proved himself to be a retailer with a keen eye and shortly he moved to larger premises in the same street.

Although bigger in size there was still little room for living space and so while his sister used the one bedroom over the shop, Edwin was forced to sleep on a small collapsible bed behind the counter every night.

The business continued to grow and soon he bought up the well known pub, The Blue Boar, to gain extra space for his shop.

After a failed attempt to buy a Wesleyan Chapel, even though he offered to build another one, he turned his attention to the property facing the parks; by 1880, he had demolished these and built a new shop, known as Queen's Buildings.

Edwin Jones went on to become mayor of Southampton in 1873 and again in 1875. A newspaper of the time recorded that he hosted a large fete for 12,000 local children and 6,000 other guests.

In 1890 he retired from the council and was appointed Deputy Lieutenant of Hampshire but six years later Edwin Jones died, leaving behind a store, today called Debenham's, which was the largest and most important on the south coast.