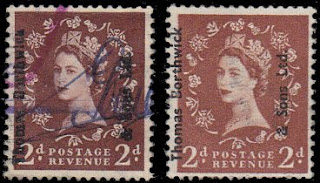 Thomas Borthwick was a butcher from Edinburgh. In 1872 he invested his savings in chartering one of the new ships that had refrigerated holds and sailed to New Zealand. At that time, all the meat that was imported to the UK from New Zealand was transported pickled in brine. Upon his arrival in New Zealand, Borthwick bought mutton and lamb for a knock-down price, filled the refrigerated hold with the meat, and set sail for home. During the return voyage, the refrigeration broke down and the meat perished and had to be thrown overboard. The ship turned around and returned to New Zealand where another cargo of meat was loaded into the now repaired refrigerated hold. On returning to the UK, Borthwick made a large profit on the fresh frozen meat. This was the start of Borthwick's company which he went on to develop into a large meat wholesale and distributing business.

In 1892 Thomas Borthwick moved his company to London. In 1895 his sons became partners in the company, which took the name Thomas Borthwick & Sons Ltd. in 1904. The company went on to establish freezing works in New Zealand and Australia. Branch offices were established in Christchurch, Sydney, Melbourne, and Brisbane. Borthwicks also had several ranches in New Zealand and Australia and practically controlled the trade from the livestock market in Australia to Britain.

Despite the long history of the company, I am unaware of any overprints on stamps other than the ones shown and SG 506a.


by Mark Matlach
Posted by Michael Behm at 8:17 AM