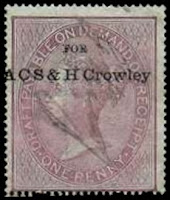 In 1821, Abraham Crowley and his sons, Charles Sedgefield and Henry, purchased a brewery in Turk Street, Alton. Alton was a town renowned for its beer at this time. It lay in the heart of the Hampshire barley belt and the high quality of the water in the town helped the local brewers to produce the pale ales that were so popular in the 19th century.

ACS & H Crowley enlarged the brewery and set about increasing its customer base with "Alton ale shops" opening as far away as London. The ale shops were hugely successful in offering a glass of beer and beef or ham sandwich for 4d, essentially inventing the pub lunch. 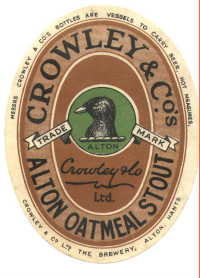 ACS & H Crowley later became Crowley & Co. In 1877 Crowley & Co. was acquired by J. & H. Burrell who continued trading under the Crowley name. In 1947 the brewery was taken over by Watney, Combe, Reid & Co.


by Mark Matlach
Posted by Michael Behm at 8:57 AM