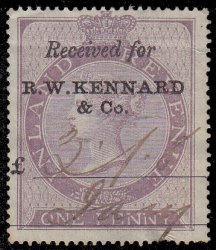 R. W. Kennard & Co. was a manufacturer of cast iron goods such as fireplaces, stove grates, and boilers. The company was established in c.1840 by Robert William Kennard at 67 Upper Thames Street in London.

Robert William Kennard had access to large sums of money through his family's banking connections and he became a prominent figure in Victorian Britain's iron and steel industries. Having invested in the Falkirk Iron Co. in 1830, Kennard formed the Blaenavon Coal & Iron Co. in 1836. He became a significant financier during the railway boom of the 1830s and made his fortune as a director of one of the largest groups promoting railroads in Belgium and France. Kennard went into politics in the 1850s, becoming MP for Newport, Isle of Wight, in 1856. He died in 1870 at the age of seventy-three. 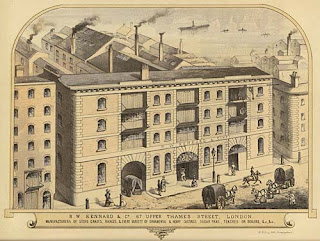