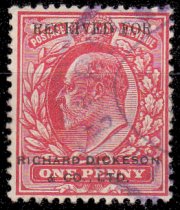 In the 1840s Richard Dickeson took over a long-established wholesale grocery business in Market Lane, Dover. Under Dickeson's leadership the company grew into a massive commercial empire, becoming victuallers to the British Army and Navy, tea and coffee blenders, and grocery merchants and exporters.

In 1850 Richard Dickeson & Co. won a contract to supply the British Army with food and was soon operating over a hundred regimental grocery stores, as well as  becoming the sole agent to the War Office for pipeclay. The company had warehouses in London, Aldershot, Dublin, Plymouth, Pretoria and Gibraltar.

Richard Dickeson was mayor of Dover in the 1870s and  was knighted in 1884 for his public service. Sir Richard died in 1900 but his company continued until at least 1914. 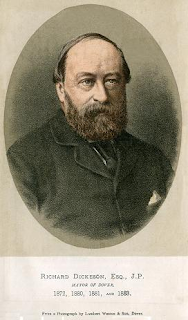 by Mark Matlach
Posted by Michael Behm at 9:09 AM