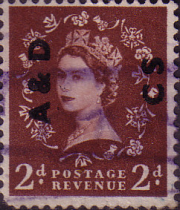 In the late 19th and early 20th centuries, it was Cwmbach that was the dominant society in the valley; however, the larger societies in South Wales were particularly badly hit by the depression of 1921 and suffered huge reductions in trade and losses in member numbers. Cwmbach society was greatly affected and matters were made worse for it with the amalgamation of the Aberdare and Trecynon societies in 1924. The end result was the amalgamation of the Aberdare and Cwmbach societies in 1927. Annual sales for the amalgamated society later became higher than for any other Welsh co-operative society and in 1929 Aneurin Davies the Secretary and Executive Officer of the Aberdare and District Co-operative Society was elected as a Director of the Co-operative Wholesale Society, a national body.

The threat of the trend from the 1960s for out-of-town superstores led to the Aberdare and District Co-operative Society transfering its engagements to Co-operative Retail Services Limited in 1988. The CRS reduced the number of local autonomous societies and concentrated on forming large regional societies to cope with the threat.


by Paul Green
Posted by Michael Behm at 8:55 AM