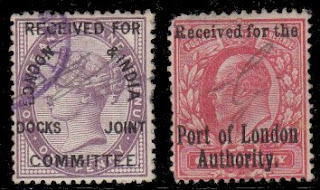 The London and India Docks Joint Committee was a dock company formed in 1888 by the merger of the East and West India Co. with the London and Katherine's Co. The merger enabled the company to take control of all the north bank docks in the Port of London. The docks at this time were not under one authority; there were four competing dock companies and over 150 wharves and granaries, all in the Port of London.

By 1900 the Port of London had a substantial surfeit of dock space, a significant portion of which was unsuitable for the steamships that were becoming larger by the year. In 1900 the Government set up a Royal Commission to look into the problems of the port such as poor facilities, high charges, poor land communications and delays. The Royal Commission's main recommendation was for the creation of a new port authority, the first major act of 20th century nationalisation in the UK. In 1908 the Port of London Authority was established to maintain and supervise the Port of London. The new authority spent the years up to the First World War improving the efficiency of the docks. However, it soon built itself an impressively grand headquarters suggesting that the principle of economy was not always uppermost in its strategies. The Authority originally operated all the enclosed dock systems on the River Thames, but all these have since been closed to commercial traffic, with the exception of the Port of Tilbury which was privatised in 1992. Today, the Port of London Authority is responsible for river traffic control, security, navigational safety and conservation of the River Thames. 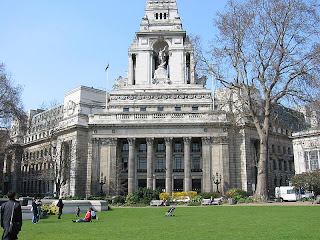 by Mark Matlach
Posted by Michael Behm at 7:17 AM