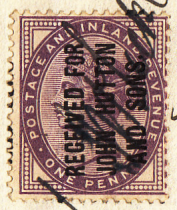 In 1841, John Hutton and Alexander Rhind established a drapery business at 36 Mosley Street, Newcastle. Hutton & Rhind continued their partnership until the death of Alexander in 1855. John Hutton carried on the business alone until 1886, when two of his sons were taken into partnership and the company became John Hutton & Sons. During the 1890s the firm was described as a tailor, draper, shirt maker, hosier, glover, hatter, and producer of naval uniforms.

John Hutton & Sons continued trading under the same name and at the same address until the early 1960s. 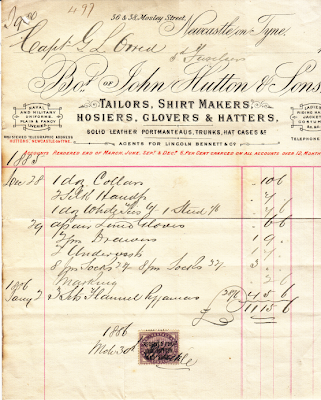 by Mark Matlach
Posted by Michael Behm at 5:57 AM