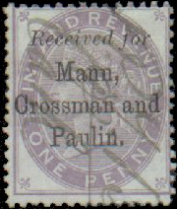 In 1818, Blake and Mann, Lambeth brewers, bought the lease to the Albion Brewery 172 Whitechapel Road. Philip Blake retired in 1826 leaving John Mann to run the business alone. The Company’s name changed to John Mann, Brewer and in 1843 to Mann and Sons.

It was soon obvious to James Mann that if he wanted to expand his business he needed new partners and a cash injection. In 1846 first Robert Crossman and then Thomas Paulin became partners. The company's name then changed to Mann, Crossman & Paulin and Co. The Company went from strength to strength throughout the 19th and the first half of the 20th century.

In the 1860s, London drinkers started to move away from dark beers and acquired a taste for "light sparkling ales", brewed at Burton-on-Trent. The Company decided to follow fashion and built a new brewery, at Burton-on-Trent. However, in 1897 when they discovered that East End water could be used to brew these "light sparkling ales", they sold the brewery and moved production back to London. By 1880, Mann, Crossman & Paulin and Co. was the ninth largest brewer in the country.

Another fashion in the latter half of the nineteenth century was the growing demand for bottled beers. To meet this demand, the Company purchased the old Whitechapel Workhouse in Ravens Row, and built a bottling plant. By the turn of the century, beer production had reached nearly 500,000 barrels. In 1901 Mann, Crossman & Paulin become a public company. 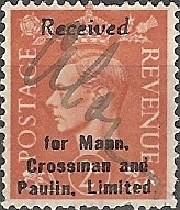 By the 1950s, five generations of the Mann and Crossman families had been associated with the brewing and "Mann’s Brown Ale" was a huge success. But in 1959 the slippery slope to oblivion began when the company merged with Watney, Combe, Reid and Co. to form Watney, Mann. Later in 1972 this Company was bought by Grand Metropolitan, who closed the Albion Brewery in 1979.

by Paul Green
Posted by Michael Behm at 8:15 AM