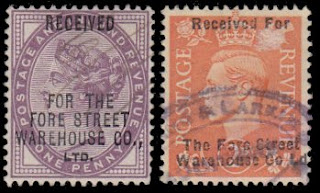 The Fore Street Warehouse Company was a wholesale drapery business established by Joseph Todd in London. During the 1820s, James Morrison married Joseph Todd's daughter Mary Anne, and, together with his partner John Dillon, took over his father-in-law's business. The company was renamed Morrison, Dillon & Company. Morrison quickly made it into one of the most profitable businesses of its kind in the world. By 1866 the company had been renamed and was listed in the Post Office Directory of this year as the Fore Street Warehouse Company Ltd., trading at 104-107 Fore Street, London. 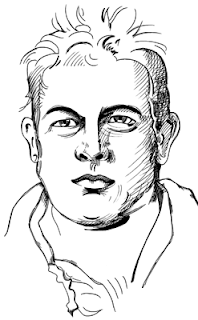 James Morrison (1790 – 1857)
The large warehouse in Fore Street supplied retailers with a huge variety of linens, toweling, and ribbons. James Morrison was one of the first English traders to depend on his success on the lowest remunerative scale of profit. He endeavored to secure a very rapid circulation of capital, his motto being "small profits and quick returns". Morrison became a multimillionaire from his business, and he spent much of his fortune buying up land in Berkshire, Yorkshire, and Scotland. Morrison also invested heavily in the United States railway industry and built up a valuable art collection that included works by Constable, Cuyp, Rembrandt, and Rubens. James Morrison died in 1857 but The Fore Street Warehouse Company Ltd. continued until at least the Second World War. 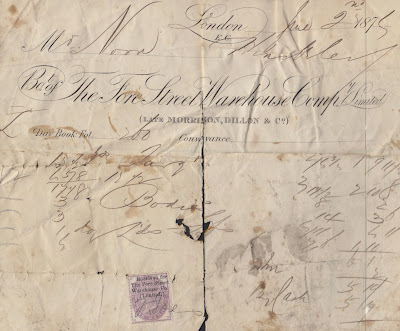 by Mark Matlach
Posted by Michael Behm at 5:14 AM