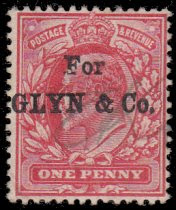 Glyn & Co. was founded as the private bank, Vere, Glyn & Halifax, in the City of London in 1753 by Joseph Vere, Richard Glyn, and Thomas Halifax. The bank prospered, developing a large business as the London agent for many of the growing provincial banks and providing banking facilities for more than 200 of the new railway companies.

The bank became known as Glyn, Mills & Co. in 1851 and, after acquiring the business of Curries & Co. in 1864, it was restyled Glyn, Mills, Currie & Co. In 1890 the bank played a major role in preventing the collapse of merchant bankers Baring Brothers, thereby saving a number of London's financial institutions from ruin. By that time the bank had established many international links and was handling share issues for major companies and governments at home and abroad.

A prestigious new head office was established for the bank in Lombard Street in 1933. However, with war looming, Glyn, Mills' private partnership status and relatively small size had made it unviable and in 1939 it was acquired by the Royal Bank of Scotland. Glyn, Mills & Co. continued to trade separately, managed by its own board of directors and offering its own range of services. 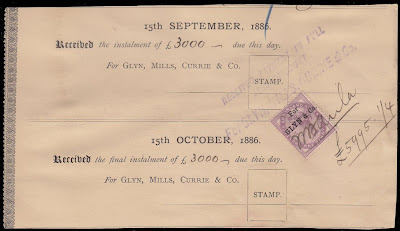 by Mark Matlach
Posted by Michael Behm at 12:07 PM