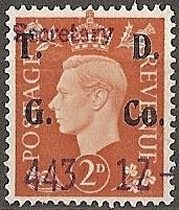 In 1845, Alexander Angus Croll acquired a concession from the Imperial Gas Light and Coke Co. to supply coal gas to the parishes of Tottenham and Edmonton. He took over a small gasworks that had already been set up to the south of Angel Road. He formed the Tottenham and District Gas Co in 1847.

Gas was in increasing demand for street lighting, domestic lighting and later for cooking. By 1861 gas mains had been laid as far away as Wood Green. The gasworks was reconstructed 1902/5.

In 1948, when the gas industry was nationalised, the Tottenham and District Gas company came under the Eastern Area Gas Board, which covered Cambridgeshire, Huntingdonshire, the Isle of Ely, Norfolk, the Soke of Peterborough, Suffolk and parts of Bedfordshire, Buckinghamshire, Essex, Hertfordshire, and Middlesex

The local gasworks ceased production in 1972 with the introduction of natural gas from the North Sea.

By Paul Green
Posted by Michael Behm at 7:36 AM