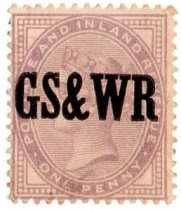 The Great Southern and Western Railway (GS&WR) was one of the main railway operations in Ireland in the late 19th and early 20th centuries. The company was the largest of Ireland's "Big Four" railway operators, buying up smaller operations and expanding its route mileage for much of its existence.

The heart of the GS&WR was the Cork–Dublin main line, the "Premier Line", a route still important in Ireland today. William Dargan was the driving force behind this and other GS&WR routes, and he was also responsible for other routes in Ireland not part of the GS&WR. The company's base of operations was Kingsbridge (now Heuston) Station in Dublin. At its height, the GS&WR included, in addition to the Dublin–Cork main line, the Dublin - Waterford and Mallow - Waterford lines as well as numerous branch lines. 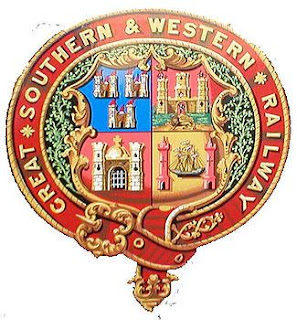 In 1925 the GS&WR was amalgamated with all the other railways operating wholly within the Irish Free State to form the Great Southern Railways. Cross-border railways were excluded from the merger.

In 1945, further amalgamation with the Grand Canal Co., and the Dublin United Tramway Company brought about the creation of Córas Iompair Éireann, the Irish State Transport Company. CIÉ was nationalised in 1950, only to be broken up into separate rail and road interests in 1987. From then until today, the railways are operated by Irish Rail (Iarnród Eireann).