The Gas Light and Coke Company 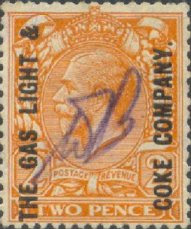 The company was founded by Frederick Albert Winsor 65 (originally from Germany) and incorporated by Royal Charter on 30 April 1812, under the seal of King George III. It was the first company set up to supply London with (coal) gas, and operated the first gas works in the United Kingdom which was also the world's first public gas works. It was governed by a "Court of Directors", which met for the first time on 24 June 1812.

The original capitalisation was a million pounds, in 80,000 shares.

Offices were established at Pall Mall, with a wharf at Cannon Row. In 1818 the company established a tar works in Poplar and expanded their works at Brick Lane and Westminster. Under the guidance of the company's chief engineer, Samuel Clegg (formerly of Boulton and Watt), a gas works was installed at the Royal Mint in 1817 and by 1819 nearly 290 miles of pipes had been laid in London, supplying 51,000 burners. Clegg also developed a practical gas meter. The vast Beckton works were built on East Ham Levels to the east of London in 1868, named after company chairman Simon Adams Beck.

The company had an especially large and diverse transport fleet including shipping, barges and railway engines for the import and export of coal and by-products, and road transport for local delivery and maintenance.

With the advent of electricity the company expanded into domestic services, with lady Demonstrators employed to promote gas cooking. This Home Service eventually developed into a full advisory service on domestic gas use. The company was so large that after nationalisation of the gas industry in 1949 the area it covered, which stretched from Pinner in North West London to Southend-on-Sea in Essex, became North Thames Gas, one of the twelve regional Gas Boards. 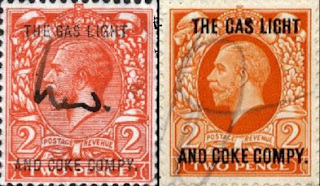 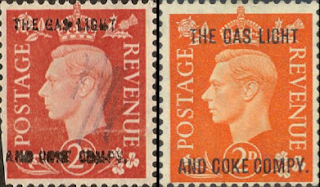 By Paul Green
Posted by Michael Behm at 8:20 AM