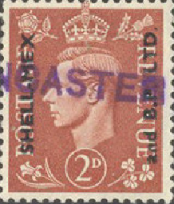 In 1901 William Knox D'Arcy obtained a concession to explore for oil in Iran. From 1905 this work was financed by The Burmah Oil Company Ltd and oil was discovered in 1908. The Anglo-Persian Oil Company Ltd was incorporated on 14 April 1909 and took over ownership of the concession, but was still a subsidiary of Burmah. This changed in 1914 following the British Government's decision to convert its Navy to fuel oil, as it lead to a large investment in the Company by the Government giving it a 66 per cent interest. The Government remained a major shareholder in the Company until it decided to sell most of its shares on the stock exchange in 1987.

In 1923 the Company discovered oil in Iraq, within the "Transferred Territories" which fell within the D'Arcy Concession. In 1914 it had become a shareholder in the Turkish Petroleum Company Ltd, later renamed the Iraq Petroleum Company Ltd, which struck oil in Iraq in 1927. In 1934 the Kuwait Oil Company Ltd was incorporated as a jointly-owned venture with Gulf Oil Corporation of Pennsylvania, which discovered oil in Kuwait in 1938. In 1932 the Company formed a joint UK marketing company with Shell called Shell-Mex and B.P. Ltd. 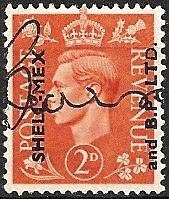 The Company was renamed the Anglo-Persian Oil Company Ltd in 1935. In 1951 the Iranian Oil industry was nationalised and the Company was expelled from Iran. It changed its name in 1954 to The British Petroleum Company Ltd. A consortium called The Iranian Oil Participants Ltd was then formed, in which the Company had the largest interest. The purpose of the Consortium was to work with the National Iranian Oil Company (formed in 1951) to develop the country's oil and gas interests. This lasted until the Islamic Revolution in 1979.

During the 1960s and 70s the Company pioneered oil and gas exploration and production in the North Sea and Alaska. This was followed in the 1970s and 80s by a program of diversification which included the creation of BP Minerals, BP Coal, and BP Nutrition. However, most of these assets were sold between 1987 and 1994 in order to finance the purchases of The Standard Oil Company in May 1987 and Britoil in March 1988. The Company then underwent a process of concentration on the "core businesses" of exploration, marketing and refining, and petrochemicals. The one significant survivor from the years of diversification is BP Solar which continued to grow during the 1990s and is now one of the world's largest solar energy companies.

In 1982 the Company changed its name to The British Petroleum Co PLC. On 31 December 1998, the Company merged with the US oil company, Amoco Corporation, on a 60/40 basis and was renamed BP Amoco PLC. Two further takeovers occurred in 2000 - Atlantic Richfield Company (ARCO) and Burmah Castrol PLC. On 1 May 2001 the Company was renamed BP PLC. 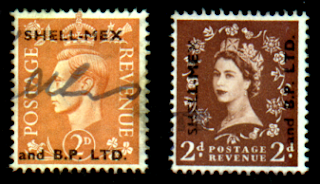 Shell-Mex and B. P. used at least two commercial overprint patterns; the first (and more rare) appears on SG 488. The second pattern is known from at least SG 488 to SG 543b.
Posted by Michael Behm at 4:46 AM