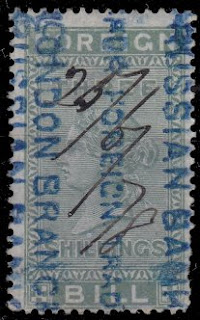 The bank was one of the biggest in Russia and invested significantly in the development of heavy industrial enterprises, especially during the industrial boom of 1909 – 1913. Its influence was felt most of all in the machine-building and railway construction industries. The bank also served as an intermediary between foreign money markets and Russian entrepreneurs. Before the outbreak of the First World War the bank had 76 branches in Russia as well as foreign branches in London and Paris. The Russian Bank for Foreign Trade was nationalized in October 1917.

By Mark Matlach
Posted by Michael Behm at 8:29 AM