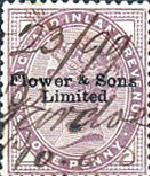 Flower’s Brewery was founded in 1831 by Edward Fordham Flower. He was the son of Richard Flower, a brewer, banker and sheep breeder who moved from London to Illinois. Born in Hertfordshire, Edward Flower went to the United States with his father but returned to England to establish his brewery in Stratford-on-Avon. He would later become the town’s mayor and a magistrate for Warwickshire.

In 1961 the parent company was absorbed by the expanding Whitbread empire, one of the big six brewers in the UK. 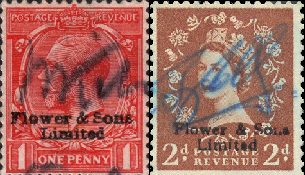 Flower’s Brewery was closed in 1968 and production transferred to Whitbread's Cheltenham brewery.

By Paul Green
Posted by Michael Behm at 6:27 AM