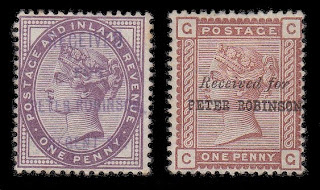 In 1833 Peter Robinson opened a linen-draper's shop in Oxford Street in the heart of London's West End. A "Court and General Mourning House" was also opened in Regent Street, which became known as "Black Peter Robinson's."

By the end of the 19th Century Peter Robinsons had grown into a large store selling fashionable ladies' clothing and accessories. 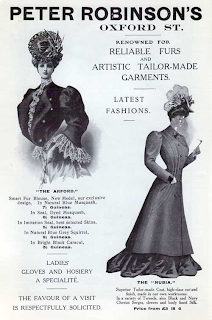 Advertisement from 1906
During the Blitz of the Second World War, Oxford Street was bombed repeatedly. The facade of Peter Robinson's store was ripped open ; three floors were destroyed and plate glass windows and debris was blown into Oxford Circus. The storefront was boarded up and subsequently used to display war advertising hoardings. Later in the war, the store's basement department was converted by the BBC into broadcast studios for its Eastern Service.

By the 1960's Peter Robinsons' had grown into a chain of department stores. There were 39 branches around the country, controlled from the original Oxford Street premises.

In 1964 the Peter Robinson chain was relaunched as Topshop. This was in response to a new young fashion culture around Britain in the 1960's. The Topshop launch began with Topshop - branded departments within Peter Robinson stores, with the first standalone Topshop stores opened in 1974. Eventually the Peter Robinson name was dropped altogether. Topshop is currently part of Arcadia Group Ltd. 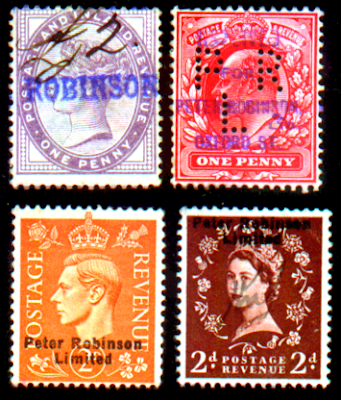