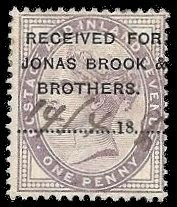 Meltham Mills was the former site of Jonas Brook and Brothers, a silk mill complex that employed over 1,000 workers during the late 19th century.

The Brook family originally came from New House Hall in Sheepridge, moving to Thickhollins towards the end of the 18th century. William Brook married Martha Smith at Bradford Parish Church--the daughter of a prominent Mirfield banker. Their sons Jonas, James, and Joseph established their business in Meltham Mills, using a goat's head--the crest from the Brook's coat of arms--as their brand.

Edward Brook died at Hoddom Castle, which he had purchased in 1878, near Ecclefechan, Dumfries and Galloway, Scotland in 1904. The Brook family were philanthropists and built housing in Meltham Mills for their employees, including the convalescent home. They also built Meltham Hall, Helme Church and owned an estate at Enderby in Leicestershire. William Brook is buried with his wife Martha in Meltham Church, but his descendants are buried in the crypt underneath St. James Church, Meltham Mills.

Jonas Brook and Brothers became United Threads in 1890 and Sir Hildred Carlile of Ponsonby Hall, Hertfordshire was a Director of the business. United Threads was closed in 1939; the business was transferred to Paisley as part of J & P Coats--now Coats Viyella.

The factory site was later taken over by David Brown Tractors.

By Paul Green
Posted by Michael Behm at 9:56 AM