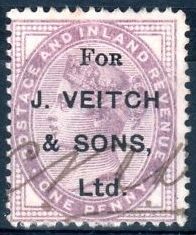 The Veitch Nurseries were the largest group of family-run plant nurseries in Europe during the 19th century. Started by John Veitch sometime before 1808, the original nursery grew substantially over several decades and was eventually split into two separate businesses - based at Chelsea and Exeter - as it became unfeasible to run the whole operation from one location.

The Veitch family probably influenced horticulture in Britain and around the world more than any single family had done before them or is likely to be able to do again.

The Nurseries of James Veitch (later James Veitch & Sons), were responsible for many horticultural firsts. They were the first commercial nursery in Britain to sponsor their own plant collectors to explore foreign lands in search of new and exotic plants for British gardens. These arduous and often dangerous journeys brought the raw materials for the Veitch Nurseries to exclusively market their own introductions which laid the foundations of what was to become an institution of immense importance. An influence which has left its mark on the gardening world today.

In all, the Veitch Nurseries sent 23 collectors to many countries over about a 72 year span. Famous names included John Gould Veitch, Peter C. M. Veitch, Frederick Burbidge, Charles Maries, Charles Curtis, James H. Veitch and Ernest H. Wilson. Hortus Veitchii tells the story of their endeavors as well as the firm's pioneering hybridization work and describes 1,500 or more of 'the most remarkable of their introductions'.

Other famous names followed including Thomas Lobb who was sent to the Far East and discovered many new orchids and the then new breed of Rhododendrons which came to be referred to as 'Vireyas', about 500 of which came to be bred by the Veitch Nurseries. Only a handful of these varieties survive today.

The firm had, by the outbreak of the First World War, introduced 1281 plants into cultivation, which were either previously unknown or newly bred varieties These included 498 greenhouse plants, 232 orchids, 153 deciduous trees, shrubs and climbing plants, 122 herbaceous plants, 118 exotic ferns, 72 evergreen and climbing plants, 49 conifers and 37 bulbous plants.

The nurseries were most famous for their orchids, although they also introduced several famous plants from other families, such as Nepenthes rajah and Nepenthes northiana. The pitcher plant species N. veitchii is named in honor of the Veitch dynasty.

The Chelsea business ceased to trade in 1914, whilst the Exeter business continued under Peter Veitch and later his daughter Mildred. She in turn sold the firm in 1969, when it was bought by St Bridget Nurseries. The business was run as a separate business for a further 20 years, but is now a non-functioning subsidiary of St Bridget.

By Paul Green
Posted by Michael Behm at 7:19 AM