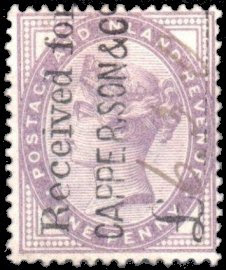 Capper Son & Co. are known to have been Quakers in the UK, and the American branch probably also were. They were well known in Victorian London as ladies outfitters, and in 1871 they were "By Appointment" to the Queen and Prince of Wales. They had premises at 69/70 Gracechurch St. and 169/170 Fenchurch St. in the City of London. Another similar firm with family connections operated as Capper & Moon at 164 Regent St.

By the 1930s the firm were at Burlington Arcade, Piccadilly, London but seem to have faded from scene in late 1930s/early 1940s.

By Paul Green
Posted by Michael Behm at 7:09 AM