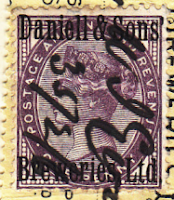 The Daniell family started brewing at West Bergholt, near Colchester in Essex, in the late 18th century. Thomas Daniell developed the business at Spreading Oak farm from the 1820s. When he bought the freehold in 1840 it had a malt-house with a kiln, a grinding house, a brewery and 24 acres of land. Although he was a substantial farmer, in 1848 Daniell was described as a brewer, maltster, brickmaker, and coal merchant.

One of Thomas Daniell's sons had joined him in business by 1872, and other sons ran the Castle Brewery in Colchester and the Donyland Brewery in Rowhedge. In 1877 the three Daniells' breweries combined as Daniell & Sons Ltd, becoming Daniell & Sons Breweries Ltd by 1890. The brewery employed at least ten brewers and maltsters in 1851, but it expanded in the following decades and production switched entirely to West Bergholt in 1892. The workforce had grown to over forty by 1900. 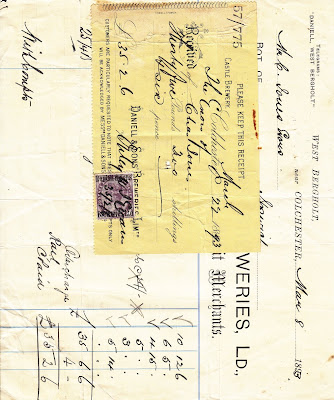 In 1958 Daniell & Sons Breweries Ltd was taken over by Truman, Hanbury, Buxton & Co. Ltd. The brewing operations were moved to London and the West Bergholt facilities were used as a distribution depot and bottling factory. Truman, Hanbury, Buxton & Co. Ltd. closed down in 1988. A year later the West Bergholt Brewery buildings were converted into flats and houses.