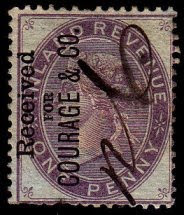 Courage is a British brewery that is currently a brand of Wells & Young's Brewery and is officially called Courage Brands Ltd.

Courage & Co. was established by John Courage at the Anchor Brewhouse in Bermondsey, London in 1787. John did not live long to develop his new business as he died suddenly in 1793 at the age of 36. His wife Harriot took over the running of the business, but died herself just a few years later in 1797. The brewery passed on to the Courages' son John and was to remain in the hands of the Courage family for the next 150 years.

John Courage
In 1955, Courage merged with Barclay, Perkins & Co. Ltd., and, 5 years later, with Simmonds' Brewery to create Courage, Barclay, Simmonds & Co. Ltd. This was simplified to Courage Ltd. in 1970 and the company was taken over by the Imperial Tobacco Group Ltd. 2 years later. A huge brewery at Worton Grange, Berkshire, was opened in 1978. In 1986 Courage was sold on to the Fosters' Brewing Group who in turn sold the company to Scottish & Newcastle in 1995, creating Scottish Courage as its brewing arm. In January 2007 the rights for the production, marketing, and sales of the Courage brands were sold to Wells & Young. The Anchor Brewhouse building still stands today, although it has been converted into luxury flats.

By Mark Matlach
Posted by Michael Behm at 5:41 AM