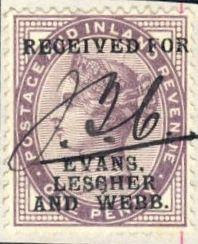 In 1907, the company began to make biological medicines for humans and animals; these included sera and antitoxins for diphtheria, tetanus, and meningitis. It worked closely with Liverpool University Medical School, with whom it jointly administered the Incorporated Liverpool Institute of Comparative Pathology.

The company took over the Institute as a branch when the latter was faced with closure in 1911.

At the 1922 British Industries fair they were listed as an Exhibitor under the heading of Manufacturers of Fine Chemicals; Drugs; Pharmaceutical and Toilet Preparations; Vaccines; Pills; Tablets, etc. (Stand No. A.9)

Trading today as Evans Medical PLC, and based now in Nigeria and part of Glaxo Laboratories Limited, they continue to be committed to research, development and manufacturing of safe and effective medicines and nutraceuticals of highest standards. 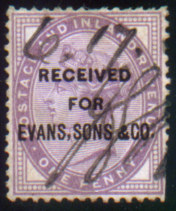 I cannot confirm that the scan on the left is from one of the firms that formed Evans Sons, Lescher and Webb, but it is plausible.
Posted by Michael Behm at 7:22 AM