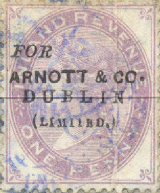 Since its establishment in 1843, Arnotts has been a Dublin landmark for generations of Irish people and visitors to the capital city. The largest department store in the country, it is regarded with much affection by those who have grown up with it at the centre of their shopping experiences. With a selling area of more than 300,000 square feet, it is ranked in the top five stores in Britain and Ireland, alongside such icons as Harrods and Selfridges.

In 1843 George Cannock and Andrew White established a small business at number 14, Henry Street in Dublin 1. In 1845, bankers Andrew and Patrick Reid loaned them £6,000 to extend the business. After White’s death in 1848, the Reids were joined by a successful Victorian entrepreneur named John Arnott. When Cannock departed the company in 1865, the Reids allowed Arnott to give his name to the company. 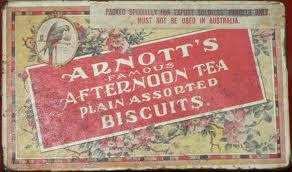 Arnotts endured the economic and logistical repercussions of both World Wars. The end of World War II in Europe in May 1945 brought with it an outbreak of euphoria. Trading between countries became more fluid and stores were enticing customers with luxurious fabrics and textiles from overseas. Arnotts reacted to the increased demand for product by adding new departments such as The Beauty Shop, Novelties, and Separates.

Arnotts celebrated its 150th anniversary in 1993 with significant redevelopment and the construction of an octagonal dome, which fills the floors below with light. Since then, the store has continued with an extensive modernization programme. In October 2009, Arnotts unveiled its new look ground floor, with double the floor space devoted to the beauty, jewelery and accessories departments.

By Paul Green
Posted by Michael Behm at 10:35 AM