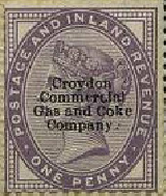 In March 1847, Mr. Patton was appointed the first manager and by 1866 the Company had acquired further land at Waddon; a year later the company had completed the new works. 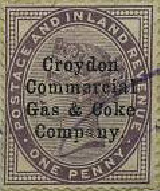 An Act of Parliament in 1904 authorised the undertaking to change its name to the Croydon Gas Company and, by 1906, the works occupied an area of about 31 acres.

In 1929 the company acquired further premises in Purley Way which were converted into stove repair shops, meter stores, a testing station, and a garage (the William Cash Workshops). A further gasholder station at Whyteleafe had also been added by 1935. The company absorbed a number of companies including:
By 1936 it supplied an area of 73 square miles. On nationalisation in 1949, the undertaking became part of the East Surrey Division of SEGB.

By Paul Green
Posted by Michael Behm at 10:42 AM