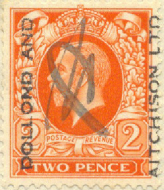 On April 21, 1750, Peter Dollond opened a small optical business in Vine Street, near Hatton Garden in London. He was joined by his father John Dollond in 1752. The Dollonds became quite famous for the quality of their optical products, such that during 1768 John Dollond, now a partner in business, was appointed optician to King George III of the United Kingdom and the Duke of York.

At the Great Exhibition 1851 in London, Dollonds were awarded a medal for the excellence of their optical instruments. 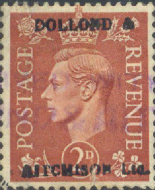 In 1927 Dollond & Co. merged with Aitchison & Co., established by James Aitchison in 1889 in Fleet Street, to form Dollond & Aitchison, also known as D&A.

During the 1960s Dolland & Aitchison was a subsidiary of the former British television company Television Wales and West. From 1970 until 1982, D&A were successful in a series of acquisitions in the United Kingdom, Spain and Italy. Although in 1994, management buy-outs of the UK, Spanish and Italian companies took place.

The Italian frame manufacturer De Rigo purchased D&A in 1999, later during 2001 D&A sold its manufacturing arm to BBGR. In the same year, restructuring of the company took place, consisting of the three wholly-owned subsidiaries and holding company.

The company currently employs more than 2,500 staff, including more than 400 opticians. It has approximately 380 branches within the UK, consisting of around 240 group-owned sites and 140 franchises.

On 29 January 2009, it was announced that Boots Opticians were to merge with D&A, forming a chain of 690 stores and 5,000 staff after Boots purchased a controlling share in D&A.

Dollond & Aitchison were Royal Warrant holders and supplied glasses to the Queen and Duke of Edinburgh.

By Paul Green
Posted by Michael Behm at 3:45 AM